Are Small Amounts of Gluten Harmful?

Many people ask if perhaps it is ok to just cut way back on gluten. They wonder if they only have a very little bit of gluten, if that poses any risks to them. For people who have no obvious symptoms or only very mild symptoms, this possibility is especially tempting.
I did locate a study that compared two groups of celiacs -- one eating a completely gluten free diet, and the other eating a low-gluten diet:
http://www.pubmedcentral.nih.gov/articlerender.fcgi?artid=1433820

Here is an excerpt from the abstract from this study:

"Treatment of patients with coeliac disease with a low gluten containing diet (LGD) remains controversial. We have studied jejunal morphology and antigluten (AG) antibody titres by ELISA in patients on a LGD of 2.5-5 g/day for three to 14 months (median six months) and compared results with patients on a strict gluten free diet (GFD) for six to 27 months (median 13 months). We found no significant difference in villous height or crypt depth (eight LGD v 10 GFD patients) or serum AG-IgA, -IgG, and IgM titres (13 LGD v 12 GFD patients). there was however, a significant increase (p less than 0.05) in intra-epithelial lymphocytes in those patients on a LGD. We conclude that adult coeliac patients can tolerate a LGD without gross morphological change and without initiating significant AG antibody responses."
Although the authors of this study appear to condone a low-gluten diet, notice that this study did indicate a significant increase in intraepithelial lymphocytes (IELs) in those eating a low gluten diet.
Now look at what Wikipedia has to say about IELs:
"Intraepithelial lymphocytes (IEL) are lymphocytes found in the epithelial layer of mammalian mucosal linings, such as the gastrointestinal (GI) tract and reproductive tract. In the GI tract, they are components of gut-associated lymphoid tissue (GALT).
An elevated IEL population, as determined by biopsy, typically indicates ongoing inflammation within the mucosa. In diseases such as coeliac sprue, IEL elevation throughout the small intestine is one of many specific markers.[1]

Alternatively, elevated IEL populations can be a marker for developing neoplasia in the tissue (such as found in cervical and prostate cancers). IELs themselves can of course, undergo mutation to become lymphoma."
Since some of the known long term health complications for celiacs and gluten sensitive people include being at increased risk of developing a variety of cancers, and since chronic inflammation is in itself a predisposing factor for some cancers, the wisest path is probably to be as close to 100% gluten-free as possible.

About 60% of Americans have the genes that predispose them to becoming gluten sensitive.

Recent research (By Dr. Kenneth Fine) suggests that about half of these people have detectable immunological reactions to gluten, and the majority will NEVER meet the classic definition of celiac disease -- even though gluten IS triggering an autoimmune reaction in their body which may affect many organs or tissues other then the small intestine. Recipe for these GFCF Penguins is in my book!

Are You Educated on Genetic Engineering?

Biotechnology is the new frontier. Yet, few people in our country right now, have any idea, just how dramatically Genetic Engineering is poised to change our lives. Proponents believe biotech holds the possibility of doing some great things, and I believe it might have some great applications, but there is also evidence that this technology if misapplied or allowed out of the lab/hospital setting, could have significant and even disasterous consequences for our health, and well being. The problem is, there is so much money to be made right now in biotech, and so little required in terms of safety testing, and no requirement for product labeling, that human hubris and capitalism being what they are, I think we are headed for some difficult lessons -- before appropriate safeguards are put in place. I believe at the very least, people should have the option of taking the risk of exposure or avoiding this risk if they so choose. (But that is currently NOT the case.) Please watch the video below (it is less then 20 minutes long) of how one mother (who just happened to be a wall street food analyst) woke up to this issue. Then go explore this site: Seeds of Deception to learn the facts so that you can protect yourself and your family.

Should you avoid Genetically Engineered Foods?

Check this out -- Vitamin D

Many of us probably have suboptimal levels of vitamin D, which can be a contributing factor to the development of many of the related conditions and symptoms more common in those who are gluten sensitive. Watch this video -- It's worth the investment of thirty minutes of your time. I should mention however, that while some authorities consider D3 superior to D2, there is good data that if D2 is taken in reasonable amounts (like 1000-2000 iu daily -- not the huge megadoses that some doctors recommend taking on a weekly basis) that D2 is very effective. (And for someone like me who prefers to minimize any possible exposure to prions which may contaminate animal derrived substances -- of which D3 is one -- this is very good news.)

As soon as my daughter could talk she began to report to me that her tummy almost always hurt. Although it didn't become really bad until she was about 8 years old -- this I believe was due to long term exclusive breastfeeding. Throughout her early years, I raised the issue of her chronic abdominal pain with our family doctor on many occaisions, and he would assure me that nothing was wrong, that RAP was very common in children and usually due to emotional issues. When it increased in severity we went to see another doctor -- he thought she might have ulcers -- but that test came back negative and the other tests he ran showed that she was in good health. He thought she was fine too. Eventually I learned about gluten from a friend and well you can read the rest of this story by clicking on the links to articles at the top of this page. However the main point I wish to make here is this: In looking back, it is clear to me now that my daughter -- probably from birth was reacting to gluten. Her fussiness, her greenish stools, her starting to nurse and then pulling off and crying, and then years of tummy aches -- all suggest that gluten was causing her issues from the very beginning. On many occaisions I suspected that wheat might be affecting her -- but its withdrawal never entirely resolved her issues. Now of course I know that gluten is not just in wheat, but also barley, spelt, rye, oats and lots of things made from these. RAP is very common and most the time, it's cause is never found. I would urge anyone who's child is suffering, to explore the possibility that gluten might be the cause of their distress.

Why is Gluten so Problematic?

With this quote in it:

"Gluten, however, has a peculiar structure: it is unusually rich in the amino acids glutamine and proline. This property renders part of the molecule impervious to our protein-chopping machinery, leaving small protein fragments, or peptides, intact."

However one thing the article left unanswered. I want to know what is the scientific basis for so many doctors believing that antigliadin antibodies are non-specific and are not (by themselves) indicitive of a problem? The article said that anti-gliadin antibodies are NOT considered specific to celiac disease because they are often found in people who do not have celiac disease. But given that it has only been about 65 years that the medical profession has even made the connection between celiac disease and gluten, and only SIX years since the medical profession realized the incidence was at least TEN TIMES more common then they previously thought....why are they still assuming that anti-gliadin antibodies are nonspecific?

Could it be that all those people who do have antigliadin antibodies in their systems, but don't show damage to the villi are still having a dangerous reaction to gluten? Should the definition of celiac disease be altered...or else dropped altogether and simply be part of a condition called gluten sensitivity which may or may not create visible damage to the villi of the small intestine? 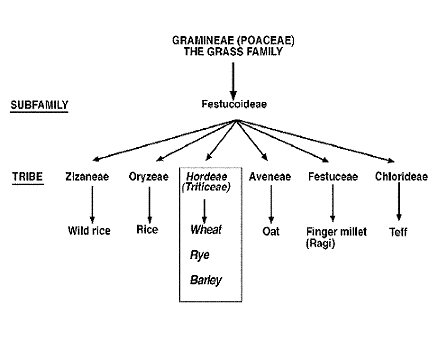 Only the Hordeae tribe make their own gluten -- but oats can absorb gluten if they are grown or stored near gluten containing grains.

This newly published paper co-authored by 15 prominent celiac disease researchers is worth reading. I found this sentence (from the conclusion) most interesting:

"All individuals, even those with a low degree of risk, are therefore susceptible to some form of gluten reaction during their life span."

You can read the entire paper on line here.

$15.00 includes shipping. Click here to buy via Paypal (US only)

Recipes (appear to the left) 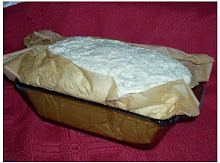 Here is what the bread looks like after rising -- but before baking.

THIS PIE WOWS EVERYONE! GF/Dairy-free reduced fat too. 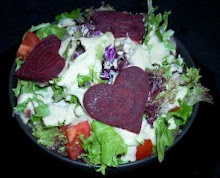 Use cookie cutters on sliced beets to make this salad extra special looking. When you make this dressing from raw unhulled sesame seeds -- it is LOADED with calcium!

Sorry, nothing with coconut is low fat-- but it is delicious! 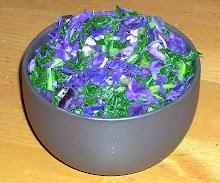 This dish is as satisfying as it is beautiful. It's loaded with calcium, but has much less fat and far fewer calories then a glass of milk! 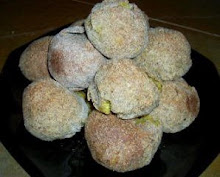 If you make these according to the recipe in my book -- but reduce the canola oil from 1/2 c to 1/4 cup, it works just as well. (but you will need to sprinkle liberal amounts of rice flour when rolling out to keep them from sticking to the paper) Instead of making these in the pocket shape described in my book, I placed the filling in the middle of the dough circle and then wrapped the dough around it and used my hands to squeeze it all into a ball. Spray each liberally with olive oil spray and bake at 350 for 25 minutes and they look like this. 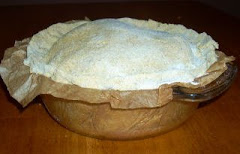 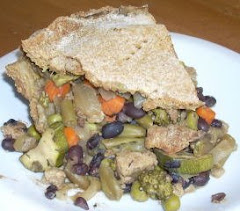 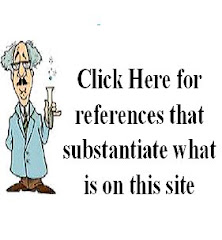 JoAnn Farb
Microbiologist by training, mother by desire, research hound by need. Author of the radical parenting primer: "Compassionate Souls -- Raising the Next Generation to Change the World" and "Get Off Gluten!" HEALTHY gluten free/dairy free recipes that taste great! New research suggests that about 2/3 of Americans are genetically predisposed to become gluten sensitive, most have no idea gluten is causing them an autoimmune reaction -- which, if they keep consuming gluten, may increase their likelyhood of other autoimmune diseases, cancers and nutritional deficiencies.

If you have found the information here helpful and think that others might benefit from my research, please post this link: